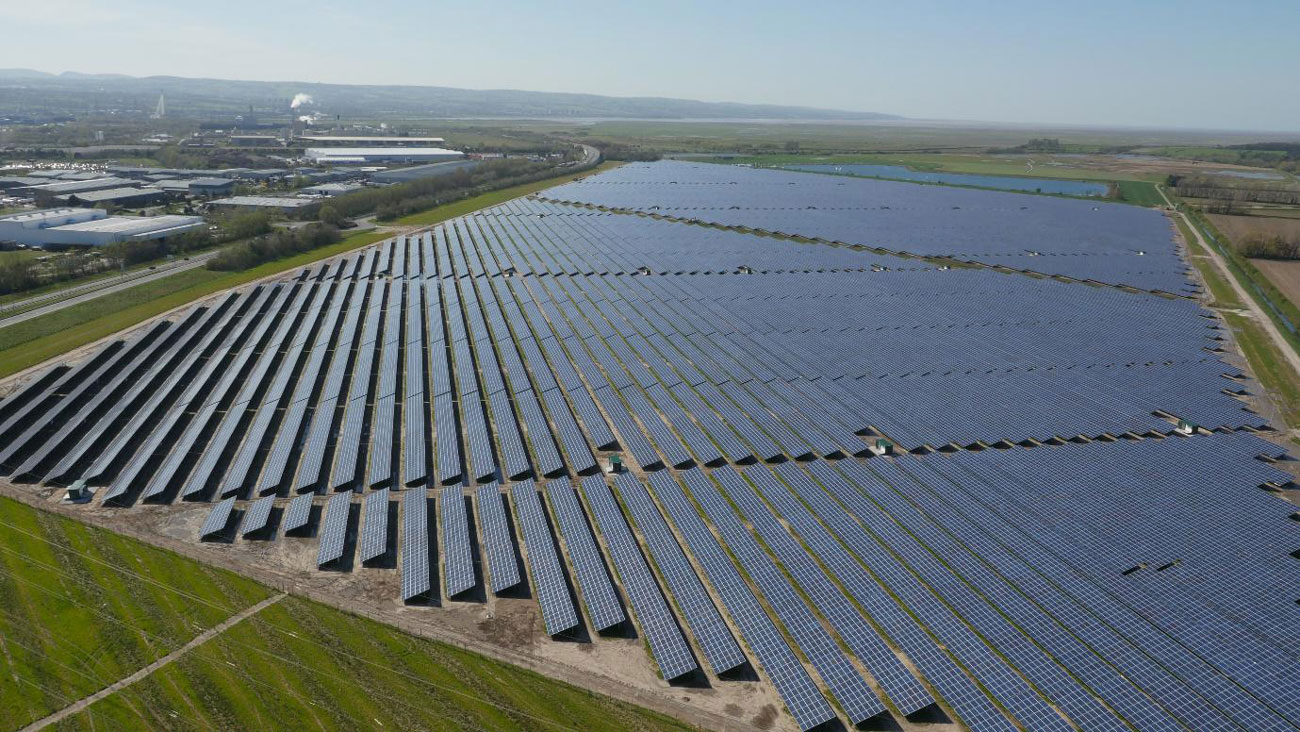 Shotwick Solar Park, a joint venture between WElink Energy (UK) Ltd, British Solar Renewables Group (BSR) and The Compton Group, has recently received full accreditation from Ofgem on its 50MW AC solar farm, on the Deeside Industrial Estate in North Wales. This is now the UK’s largest solar park with a private wire connection for commercial use, providing UPM Shotton’s paper mill with renewable energy for the next 25 years via a Power Purchasing Agreement (PPA) and can supply 100% of the plant demand during daylight hours.

China Triumph International Engineering Company Ltd (CTIEC) were the principal EPC contractor for the project, which was constructed and coordinated by BSR as EPC sub-contractor. The solar park was commissioned on the 30th March 2016 with pre-accredited Government subsidy support through the Renewables Obligation.

The solar park lies approximately 1.3km north east of the UPM paper mill and is connected directly to the UPM facility via a private wire connection, providing renewable electricity ‘behind the meter’, avoiding non-commodity charges such as transmission and distribution costs on the energy generated. Any power not consumed by UPM is purchased by Engie.

The solar site, which is visible from outer space, has over 250,000 individual Jetion photovoltaic panels which during daylight hours can provide the UPM Shotton site with 100% of its energy needs.

Andrew Dodge, Commercial Director at WElink, said “With this particular project we’ve been able to further demonstrate our combined strength in business and renewables, working together with large energy users such as UPM to create an effective solution for on-site energy generation, demonstrating both reductions in electricity costs and contributing towards their sustainability strategies. We’re delighted in the partnership with CTIEC our EPC partner and the support we have received from UPM Shotton and the rest of the team who have worked so hard to make the project a reality.”

Andrew Bronnert, Head of Pulp and Energy for UPM Shotton, comments: “We already have a renowned energy policy with integrated assets such our own power plant and connectivity to EirGrid which operates wind farms in the Irish Sea and leases part of the UPM Shotton site.

“This collaboration with WElink Energy, BSR and the Compton Group means we now have one of the most sophisticated energy provisions in manufacturing and adds to our strong environmental credentials which are recognised by the Welsh Government and its sustainability teams.”

David Peill, Commercial Director at BSR commented “We are delighted to have brought together a number of leading national and international counterparties to bring this project to fruition in an extremely tight timescale. It is testament to all stakeholders that the physical construction and connection of the project was completed in less than 3 months”.