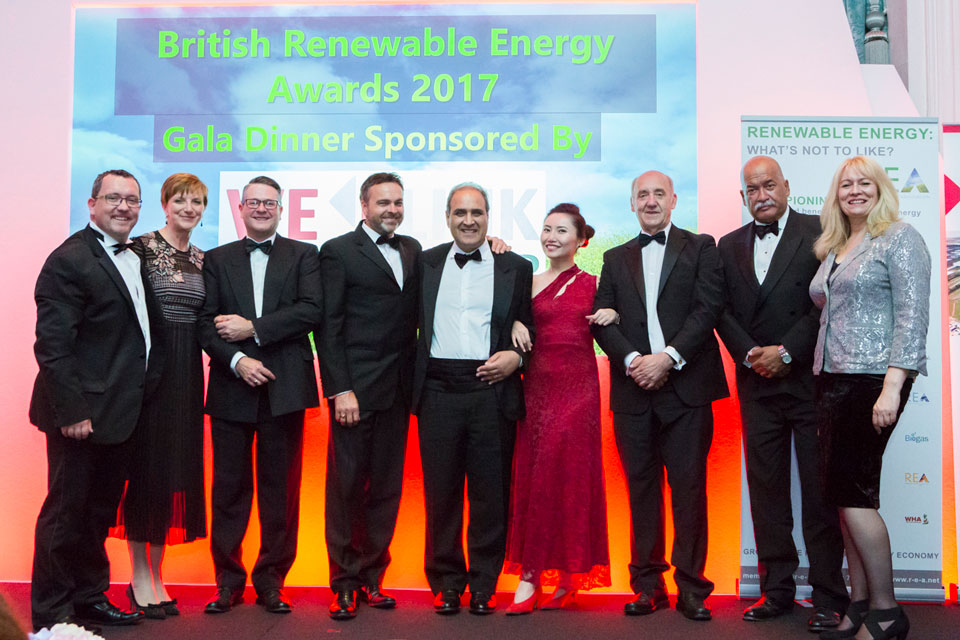 WElink Group were proud to sponsor the REA’s annual British Renewable Energy Awards 2017 which took place on the 15th June at the Savoy Hotel, London.

‘It was our pleasure to support these Awards during a significant year of growth for WElink as we move into the delivery of low carbon modular housing in the UK. Our plans include developing new homes that are energy efficient in their design and application as well as having renewable energy in the form of solar as standard. The low carbon sector is at the forefront of delivering the future and its potential will only increase as old technology and energy generation ends and becomes outdated.

The past twelve months the UK is a clear example of this potential. There have been record levels of renewable energy generation coming online leading to a number of occasions UK households being supplied with nearly 100% renewable energy over subsequent days for the first time. The Award Ceremony showed how this has been possible with such inspirational nominees and winners which demonstrated how UK renewables still has a bright, vibrant, and innovative future. We would like to thank the REA for their continued leadership for the sector and for the team who made the evening such a success.’

WElink was also successful at the awards ceremony with its leading UK solar project Shotwick winning the Project Award, which was submitted by British Solar Renewable.