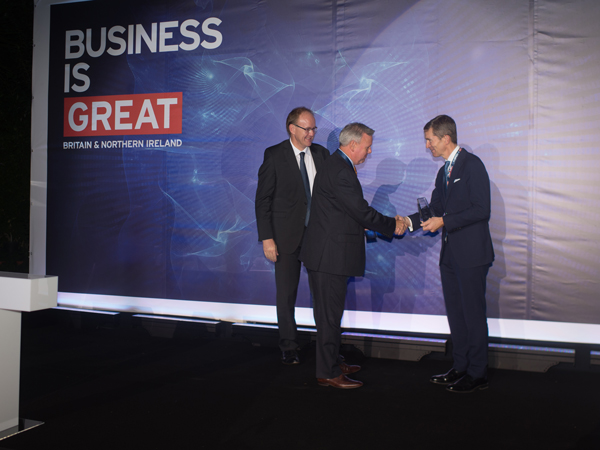 WElink Energy has today been recognised for its significant and groundbreaking investment in renewable energy at the UK’s Department of International Trade Business Awards held in Lisbon, Portugal. The Overseas Investment and Growth Award was given to WElink Energy in recognition of its work in delivering unsubsidised utility scale solar plants.

‘WElink is delighted to receive this award in recognition of our work innovating the future in solar energy generation.

Along with our strategic partners CTIEC, we have developed a competitive business model to deliver utility scale solar plants without the need for public subsidy.

Moving forward, we have a significant European growth strategy with an initial focus on the Iberian Peninsula, that will help accelerate the delivery of key renewable targets in the region and a low carbon future in Europe.’