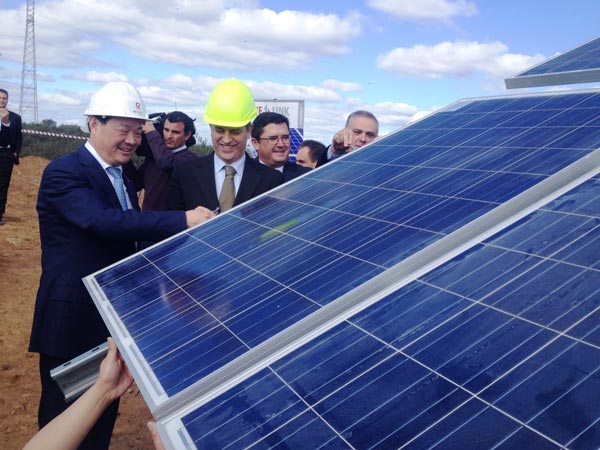 WElink Energy is to lead in the renewable generation revolution as it begins to construct its flagship 221MW Portuguese solar PV project located in Vaqueiros, Southern Portugal. Once constructed, Solara4 will be the largest unsubsidised solar PV plant in Europe – generating enough to power 150,000 homes for a year.Construction follows the signing of an EPC contract with WElink’s longstanding industrial and strategic partner China Triumph International Engineering Co. Ltd (CTIEC), in the company of the Minister of Economy, Manuel Caldeira Cabral and the Secretary of State for Energy, Jorge Seguro Sanches, earlier this year.

WElink’s transition to unsubsidised solar projects has been made possible by the increasing competitiveness of solar energy generation, coupled with WElink and CTIEC’s ability to optimise the cost of delivery across the value chain. Furthermore, the project’s favourable location in Southern Portugal, which boasts one of the highest solar irradiation levels in Europe, makes it ideal for developing solar PV without a subsidy.

“WElink Energy is leading the way in European solar generation. We are delighted to be in a position to commence construction on our flagship Solara4 project, demonstrating that industrial scale clean-energy can be profitable without government subsidies and is a mature technology.”

“The construction of Solara4 is the result of many months of great team work to deliver this internationally significant unsubsidised project in Portugal. Solara4 is a beacon of WElink Energy’s portfolio and is part of a long-term strategy of development in Iberia. We are excited about both the delivery of this project as well as the additional opportunities Iberia represents.

Solara4 will be made up of 850,000 solar modules and expected to employ an average of 300 people during construction. The project is expected to be grid-connected by mid-2019.

WElink Energy is pursuing additional opportunities in Iberia which it hopes to announce in due course.