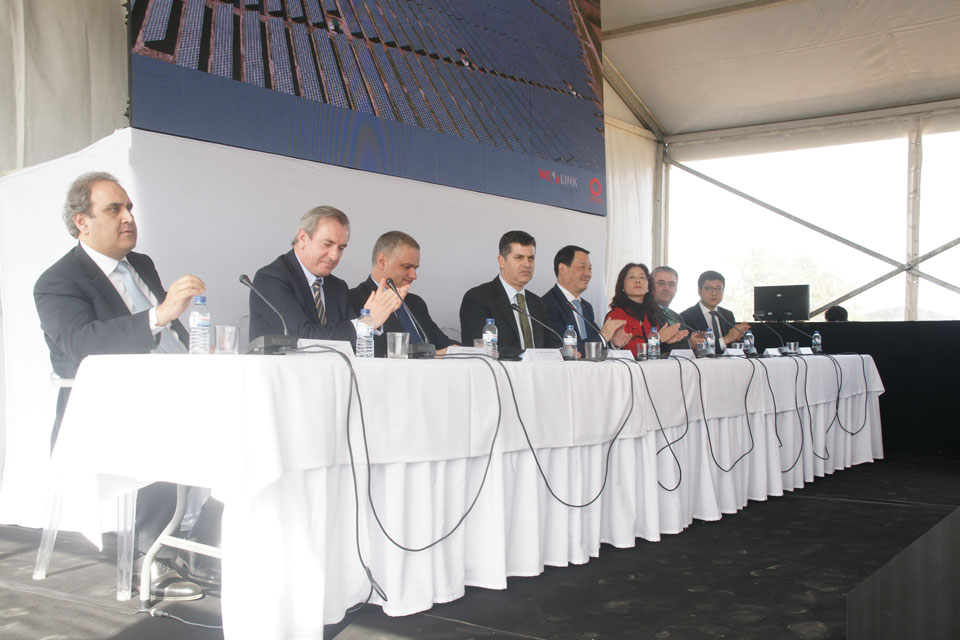 WElink Energy is to build Europe’s largest privately funded solar farm in Portugal following the signing this week of the EPC contract with China Triumph International Engineering Co. Ltd (CTIEC), in the company of the Minister of Economy, Manuel Caldeira Cabral and the Secretary of State for Energy, Jorge Seguro Sanches. The £200million Solara4 solar project will have a 220MW peak capacity and will generate enough clean electricity to power the equivalent of 200,000 homes with an emission reduction of 218,310 tons of carbon dioxide.

‘We are delighted by this deal to develop one of the world’s largest green energy power plants in Portugal. WElink has a history of delivering solar farms throughout the world and this development we have added to our portfolio is our most significant to date.

Solar generation is an advanced technology by renewables standards and is playing a significant part in helping Europe meet its climate change obligations – we are delighted to be helping in this endeavour.’

The project is considered a milestone project for Portugal and followers on from the country’s renewables leadership which saw 57% of total consumption last year supplied completely by renewable energy.

Economy Minister Manuel Caldeira Cabral remarked on the deal during the signing ceremony:

“Consumers have in the past paid higher prices for the promotion of renewable energy, we do not want to stop the progress that renewable energy can have, but fortunately the technology has evolved and evolved in a way that solar energy can now be Competitive, paying the investment with unsubsidized tariffs…”

He added that “this is a large-scale investment….and is the biggest investment that this company (WElink), which already has solar panels in various parts of the world, is doing.” and “is the first of a series of investments that this company wants to carry out in Portugal”

Construction is to start before the end of Q1 this year and will create 200 construction jobs and support up to 600 at peak times. Once complete and into operation, 30 permanent operation and maintenance jobs will be created.

The project, that be will be spread over 800 hectares of which the plant will cover 430 hectares of land in Southern Portugal, will be one of the twenty largest solar PV plants in the world and is equivalent to over 520 football pitches.

The area where Solara4 will be developed, benefits from positive environmental conditions with an estimated solar irradiation of approximately 1,850 kWh/Sqm.

Solara4 is located in Vaqueiros, in the region of Algarve (Southern Portugal) and will be generating electricity to the grid by the middle of 2018.