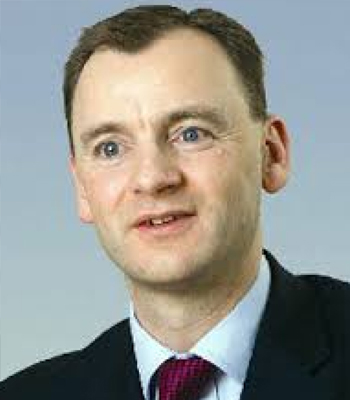 WElink are delighted to announce David Ritchie’s appointment as Senior Board Advisor WElink Group, with immediate effect. David brings a wealth of house building and plc board experience after 15 years as CEO and CFO in Bovis Homes, a FTSE 250 listed company.

At Bovis Homes, David managed one of the UK’s leading homebuilders with eight regional operations and around 1,200 direct employees.  In 2016, Bovis Homes delivered around 4,000 new homes with sales in excess of £1bn and an operating profit of circa £160m.

‘David’s appointment reinforces WElink’s ambition to build a powerful, global housing business.  With our advanced technologies and plans to industrialise house building, WElink is developing solutions to address the ongoing challenge of the global housing shortage.

In the UK, WElink has already announced a £2.5bn joint venture deal with housing association Your Housing Group, to build 25,000 low carbon modular homes in the North West. The ambition is to enter into further joint ventures with organisations such as local government, housing associations, and universities to produce 25,000 homes per year within five years; being serviced from six strategically planned factories across the UK.

As part of establishing a global footprint, WElink has been actively developing opportunities in the housing and renewable sectors in the US and Europe.

David is a qualified accountant having trained and spent the first 8 years of his career in KPMG before joining Bovis Homes as Group Financial Controller in 1998.  He became Group Finance Director in 2002, Group Managing Director in 2007 and ultimately CEO in 2008 at the age of 39, one of the youngest FTSE 250 CEOs.  As CEO, David demonstrated strong leadership as he retrenched the business after the global financial crisis and re-positioned the company for strong growth as market conditions improved.  Skilful land investment and structural expansion commencing in 2010 resulted in a doubling of housing volumes and revenues growing by 250% over the following six years.